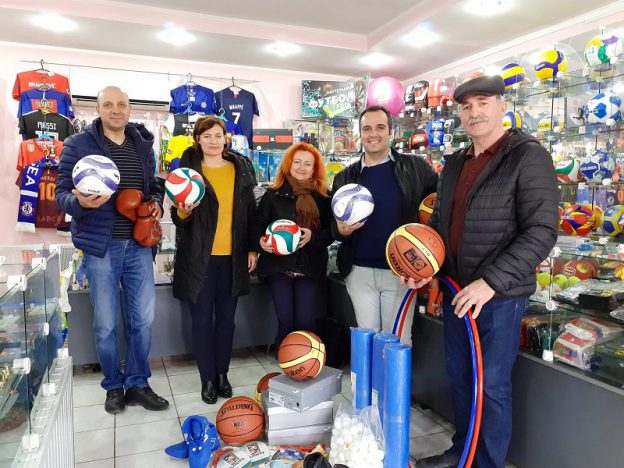 Sports equipment, donated for the use of the youth in Cahul

Two sets of balls, nets and many other sporting goods were donated Friday to the sport schools from Cahul, in the action “Acquisition of sporting equipment for the youth in Cahul, Republic of Moldova”, carried out by the Association Eurocentrica.

The financial support for this action, amounting to 20000 MDL (ca. 5000 RON) was generously offered by the company Trident Pharma from Romania.

Eurocentrica thanks for their involvement in this action to the mayor of Cahul, Nicolae Dandiș, the vicemayor of Cahul, Tatiana Romaniuc Mititelu, the education and sport officials from the City Hall of Cahul and the directors of the two sport schools, whose efforts significantly contributed to the quick acquisition and distribution of the equipment, so that it can support the young athletes and sports players from Cahul in their training.